Loading...
A Little Encouragement Can Go A Long Way

A LITTLE ENCOURAGEMENT CAN GO A LONG WAY

The following personal experience was submitted by a friend of, and contributor to, Youth Opportunity Foundation. When he read the first rendition of “A Little Encouragement…”, it reminded him of his own temptations and challenges in growing up and the value of a good mentor.
Given the challenges confronting our kids, we could use a lot more “Darrell’s”.

I was raised surrounded by family in Twinsburg, Ohio. The neighborhood was called Twinsburg Heights (nicknamed The Hill) a collection of lower to middle class houses sandwiched between good paying industrial factory jobs (Chrysler, Coca Cola, and others) with pay and benefits that you could raise a family on and retire from. 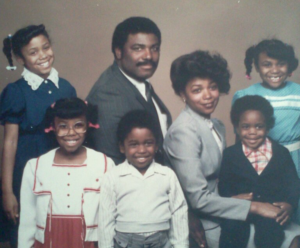 Both sets of my grandparents settled in Twinsburg Heights. My paternal grandparents had 10 kids with my father right in the middle of a pack of 9 boys and 1 girl. My maternal grandparents had 6 kids with my mother right in the middle of 3 boys and 3 girls. Out of my 15 Uncle and Aunts, about half of them bought houses and raised their children, my cousins, on one of the 10 streets that made up the Heights. Everywhere I turned, I had an older cousin or an uncle guiding me, taking me under their wing, roughing me up or introducing me to movies, music and influencing the way I learned the world around me.

Without a doubt, my closest and most influential mentor growing up, was my older cousin Darrell (Big D). Big D is older than me, and at the time a star football lineman; he was “larger than life”! Outside of my father and grandfather, but more importantly, he treated me like a little brother as soon as I could walk, going out of his way to give me guidance since all of my older siblings were my sisters.

That all changed when I turned 10, my parents divorced and my mother applied for public housing 30 miles south in Akron Ohio. We moved from a middle income, family environment, nestled between cities, to the middle of one of the roughest project neighborhoods in East Akron, Ohio, Goodyear Heights. To say the least, it was a culture shock.

During that first summer living in the Heights, two people were killed a few nights apart from each other over gang or drug activity at the playground a few houses from my doorstep. The playground, at the bottom of the hill was nicknamed “Down Bottom” because there were single and double room apartments surrounding it, supporting criminal activity.

My mother, in an attempt to protect us from the new neighborhood, got us involved in sports and arts and extracurricular activities so we were not hanging out with our free time. Also, anytime we had days off from school (weekends, holiday breaks and summer) we would either stay with our Father or our Grandparents back in Twinsburg Ohio.

I stayed connected with my cousin Darrell, who would come home from college and hang out with me when I was in town all through my middle school years. Big D used to MAKE time to pick me up so we could sit in his Camaro and listen to these DJ Cochise cassette mixtapes or go eat. He would turn those conversations into talks about being respectful and chivalrous when I would have crushes on “the little honeys” as Big D used to call them, I felt Darrell was the advantage I needed to set myself apart from the other middle school guys. 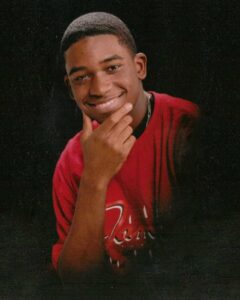 When high school started, I wasn’t as interested in going back to Twinsburg now that I had established myself in Akron with friends and interests like sports. I was always a straight A student and excelled in school clubs/programs like the student newspaper. But I started having varied interests as my mother worked longer hours, my sisters graduated and went off to college and I was left to navigate high school; the neighborhood became my biggest influence. I wanted to get the new Jordan’s (basketball shoes), the newest clothes and music that my mother would not buy for me, so I could keep up with my teammates and friends, and keep the attention of the girls.

Right before my junior year of high school, one of my neighborhood friends started wearing new shoes and new clothes every single day to school when he would show up (not often). After a few weeks, he showed me how he was able to start buying all of the new clothes (by selling drugs) and offered to “put me on” so I could do the same. I was working a part-time job at McDonalds, but that money was all being spent to invest in my first car and gas just to get to and from school and practice.

Within days of learning everything my “friend” was showing me, my family and I traveled out to Twinsburg for one of the holidays and I got to hangout with Darrell at my Grandmother’s house for a few days. He asked me all about school, my interests. Big D told me how proud he was of me as he kept up with my basketball team in the newspapers while he was working his full-time job, now that he was done with school. Eventually, I confided in him about what my “friend” told me about selling drugs and the extra money I “could” start making and the clothes and shoes my friend from Down Bottom was promising me.
In one of the most pivotal moments in my life, my cousin, who was always supportive and soft with his lecturing while mentoring me, turned cold and aggressive with me. Darrell told me he loved me and that he always knew I was smart and an aspiring businessman but this would be the most disappointing thing he had ever seen me do or aspire to. Big D told me if I proceeded with this, it would break his heart, my grandparents, and my parents, hearts and, as a result, all the sacrifices they worked for and made for me, would be for nothing. He put the video game controller down, got up and drove away. I thought he was joking at first, and stayed there playing the video game for the next hour expecting him to come back, but he didn’t.

When I made it back to Akron, I decided against getting involved with selling drugs because of that hard stance that Darrell took with me; my cousin saved my life that day! 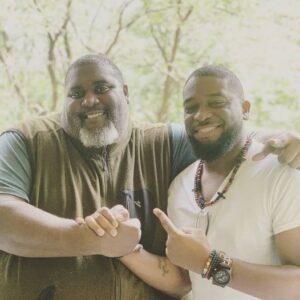 I thank him for that every time I see him! One of the ways I honor him, is by committing myself to mentoring not just my younger cousins and nieces and nephews, but also by always committing to mentoring younger kids outside of my immediate family who may have never had a Darrell to steer them away from making mistakes.

A recent study by the Juvenile Mentoring Program (JUMP) indicates that there is a tangible difference in the lives of young people who are impacted by one-to-one mentoring. 47% of youth who are mentored are less likely to engage in drug activity; and 27% of mentored youth are less likely to engage in alcohol use.
Organizations like Youth Opportunity Foundation are in need of volunteers and have applications for volunteers and are accepting donations at the website here.

There are many ways you can join us and help the youth in America who need help the most.